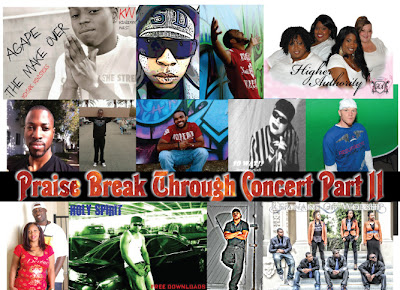 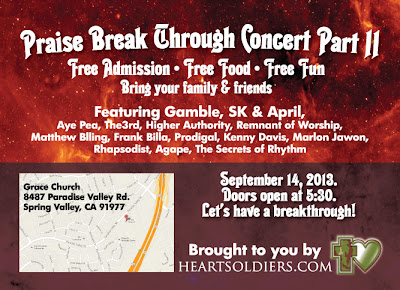 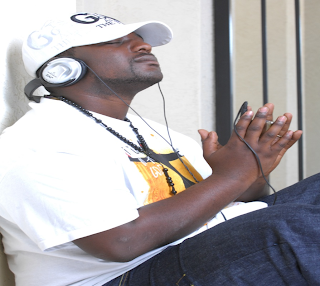 This multi-talented rapper, song writer and producer began his career at the age of 12 performing at local events in the San Diego area under the stage name of Crazy Mac. His focus at that time was main steam Rap/Hip Hop.  Crazy Mac left the music industry for a few years, returning upon graduating from High School with a new Christian based focus and a new name:  SK (Spiritual Knowledge).  After writing pages and pages of Christian based songs, SK notes that the Lord put it upon his heart to put together a CD of some of his songs so that others can be blessed by his music.  The result is SK’s first Gospel Hip Hop/R&B Mix CD entitled “GOD is Great”.

SK’s second CD entitled “Music U Can Live 2” hit the market in January 2009. The focus of this second CD is bringing families together in Christ through Music. All of the songs are written by SK and cover real life, everyday issues such as raising your children right, not cheating on your spouse and not complaining about every little thing.  Just keeping your fifth in God and being thankful for the blessings that you have.  After years of writing spiritual poems and collaborating in the studio with many of his spiritual partners throughout the San Diego area, SK released his third Gospel CD in December 2010 entitled Holy Ghost Poetry, Mixed Tape. In July, 2010 SK completed his 1st Music Video entitled Breathin Thru Your Eardrum.  The video was produced by Soul Media Group and features SK along with fellow gospel lyricists Chaplin and IVG.

In 2011 SK collaborated with another Christian rapper GAMBLE to create his mixed tape called Bible Study. His latest work: Life is a Fairytale was published in November 2012.

In August, 2007 SK started his privately owned company called Gods New Army. The mission of his company is to minister to and provide a Christian based alternative music choice for people of all ages, with a special emphasis on reaching the youth.

“Now a day we have a whole lot of negative music talking about money, sex, drugs and guns; leading young people to a negative reaction. Kids’ shooting up the schools like that is the thing to do. Smoking marijuana and ecstasy, unknowingly killing their brain cells. Babies having babies. Teen pregnancy is higher than ever. I’m not just blaming the music, but it does have a high influence on the youth of today. Heavy metal music has kids committing suicide. Gangster Rap music making gangs seem cool. It’s time for us to do something about it. The only way we can get saved is through GOD because GOD Is Great! Jesus Christ died for our sins so that we can go to heaven. Many don’t want to believe but if you actually read the Bible, it leads you to peace. That is how I found my peace! That is why I created my CD “GOD Is Great”. This is a start for us all to come together as a team. Featured on my first CD are my wife April, my daughters Briana and Adry’ana, and my best friend Chad Lee. The CD is all about acknowledging past sins, asking for forgiveness and building a relationship with Christ. Featured on my second CD; “Music U Can Live 2/The Rebirth” are my wife, my daughters and my brothers in faith: Chaplain, Deacon Robert Dean, Marlon Jawon, L-Boogie, Don Bono, Dwane Lee and IVG.”

If you are interested in purchasing a copy of any of SK’s CD’s , making a donation to the ministry or booking an engagement, please contact SK at 619-504-8675 or Nicolasshivers@aol.com or visit www.heartsoldiers.com